The Soviet invasion of Afghanistan in 1979, Russia's invasion of Georgia in 2008, and Ukraine's 2014 were periods of high oil prices, while low prices forced Russia to seek new formats of cooperation with the West (see below). : 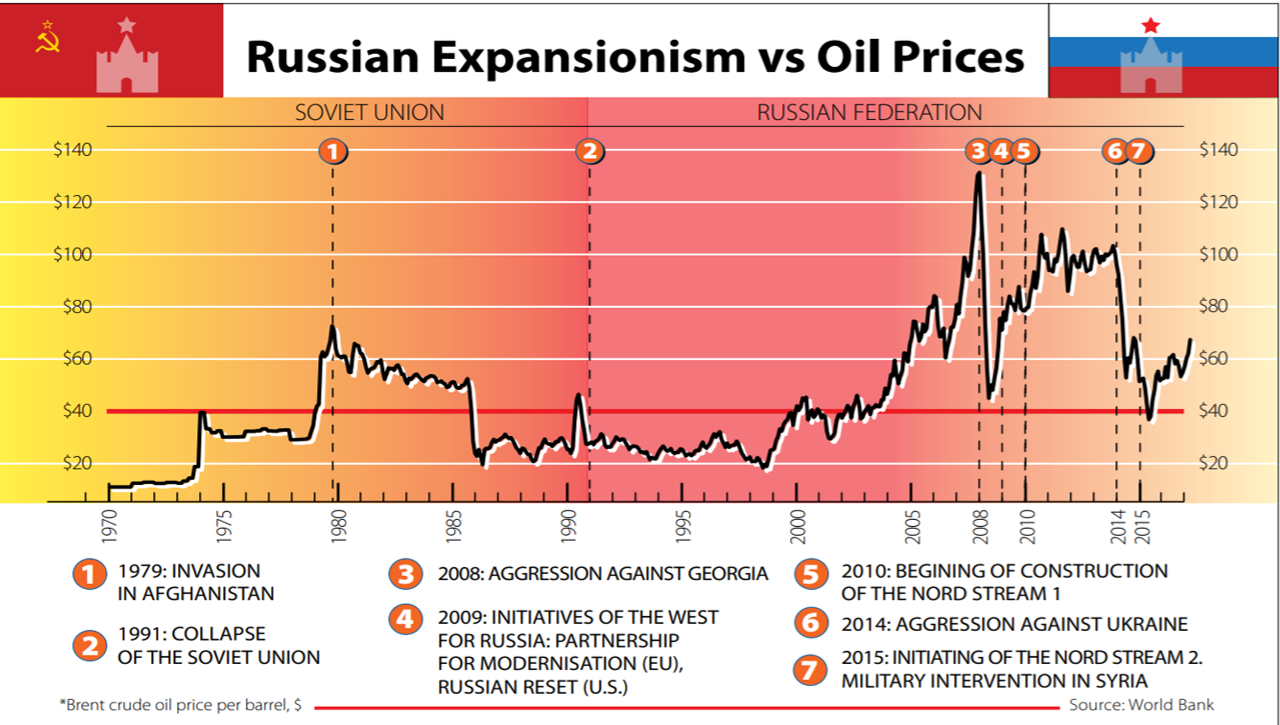 Russian energy exports  directly feeds its aggressive actions, as it accounts for more than 50% of total exports of goods and services: 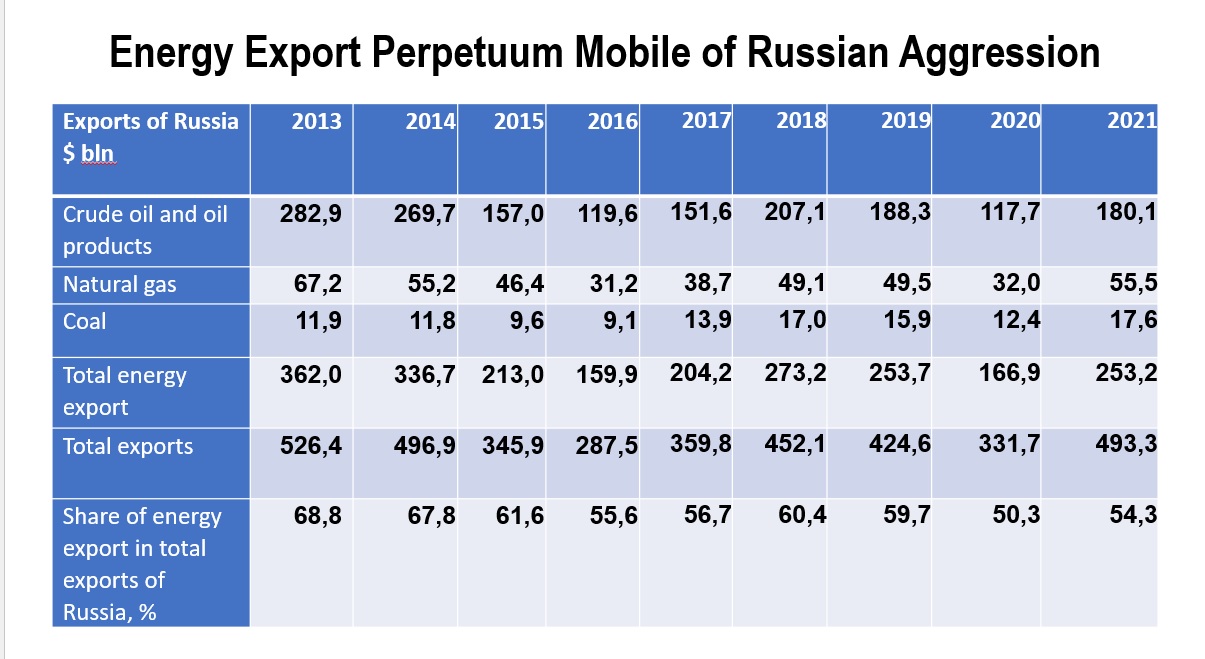 Paul Krugman, American economist, winner of the Nobel Prize (2008) in economics in his op-ed to New York Times on April 7, 2022, came to the conclusion that today Germany became Putin's enabler: