Denied Access “a la russe” to the Black Sea. Whether the Baltics is the next?

Russia introduced a number of restrictions on freedom of navigation in the Black Sea in July-August 2019. The motives of these restrictions are not fully understood.By Mykhailo Gonchar, President of the Centre for Global Studies Strategy XXI 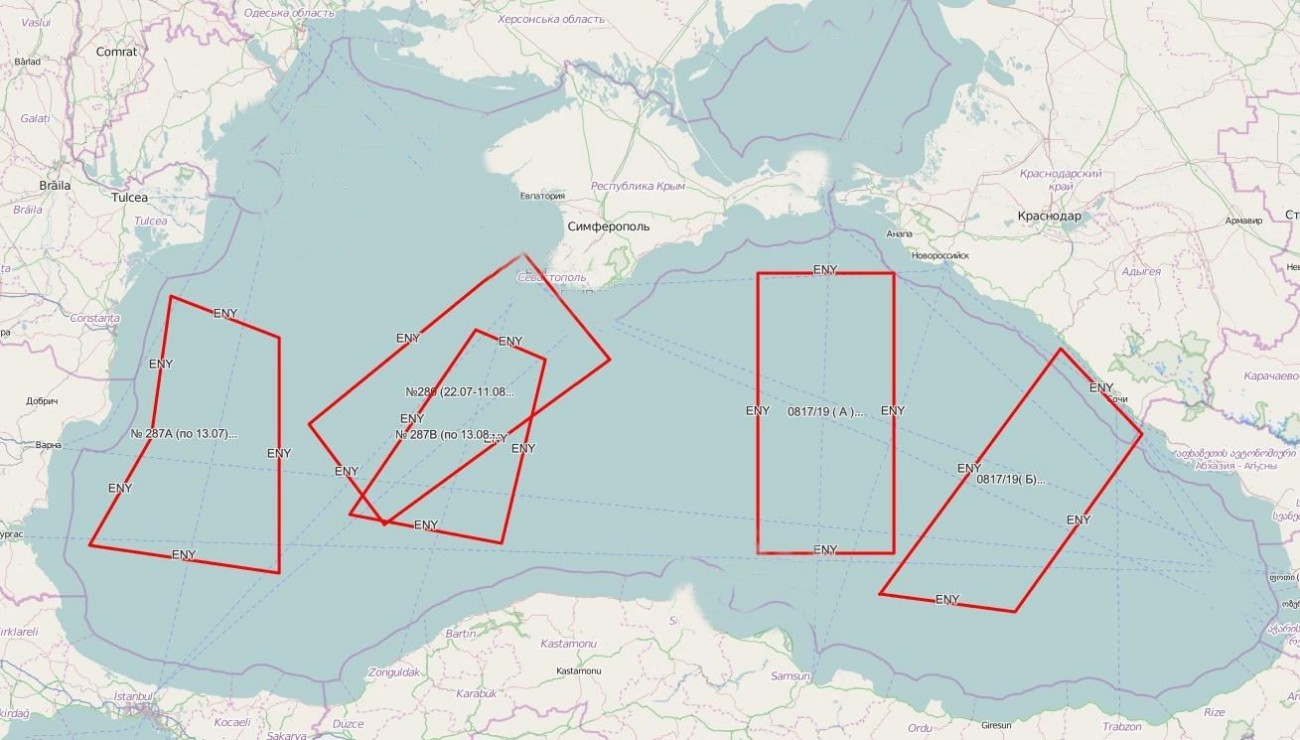 Map 1. Denied-access areas in the Black Sea, shut off by Russia, according to the International Regulation 0817/2019

But if you put a map of the denied-access areas, shut-off by Russia, on the map of routes of the underwater gas pipelines Blue Stream and TurkStream, then to a large extent, they coincide. 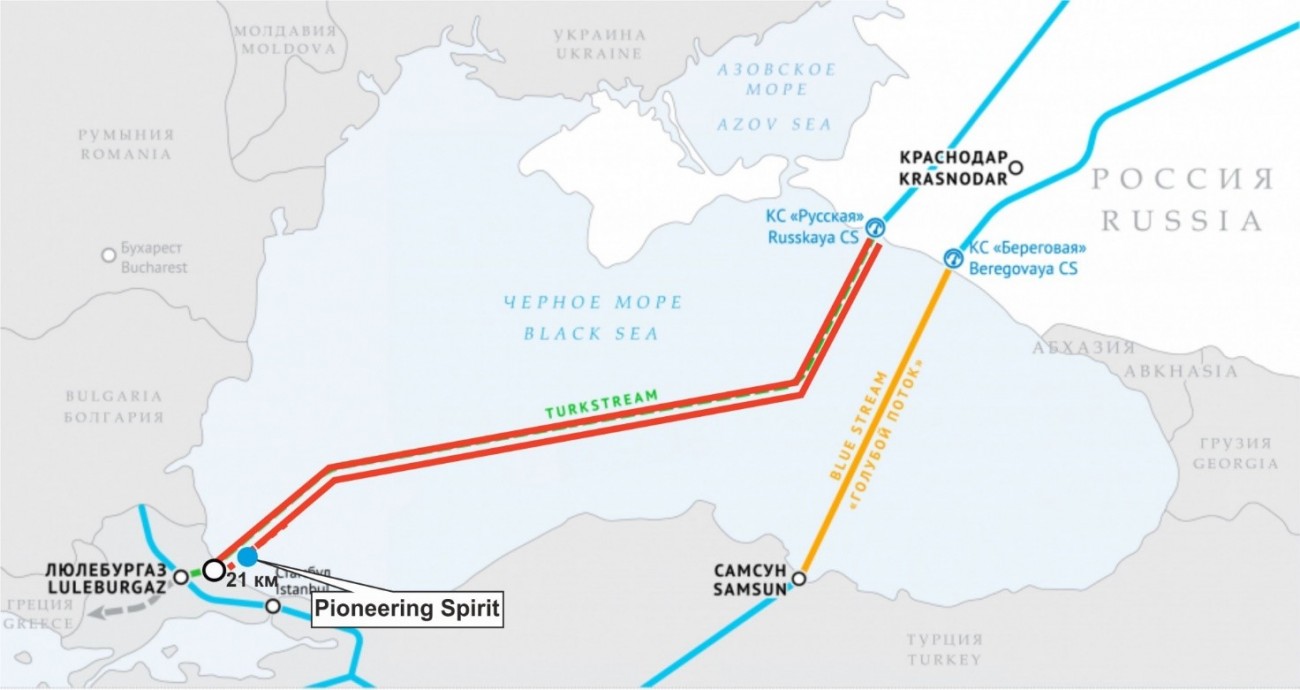 Here, it also worth to mention a map of the route to the potential White Stream project, which can supply the Caspian gas to the EU market through the Black Sea and Romania. Although the project is still hypothetical, it has recently been updated.

All this means that Russia is preparing to turn the Black Sea on D-day into its zone of total control on the pretext of neutralizing the threats to strategically important energy infrastructure for Russia, Turkey, and Bulgaria, and preventing the implementation of competitive projects.

However, this is not the today`s idea. In Russia, they take a firm step combining systematically and consistently military and energy strategies. Here is the 20-year-old article from “Nezavisimoe voennoe obozrenie” (Independent military review) with the eloquent title "The Fleet on Guard of the Blue Stream" (see Photo 1.) 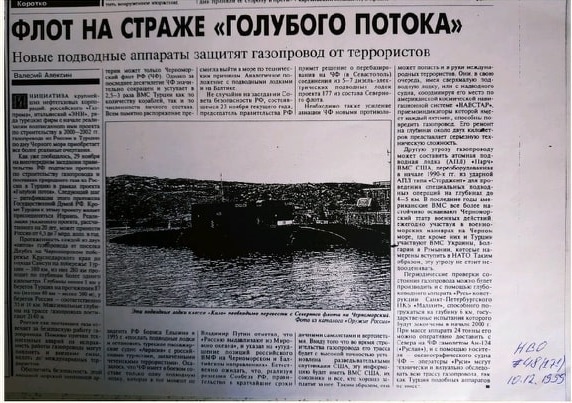 Photo 1. The 20-year-old article from “Nezavisimoe voennoe obozrenie” (Independent military review) with the eloquent title "The Fleet on Guard of the Blue Stream".

Among other things, there it was said that “Russia is being squeezed out of the World Ocean", “the US Navy is increasingly exploiting the Black Sea warfare theater”, “only the Black Sea Fleet of the RF could ensure the safety of this external marine fuel artery (Blue Stream) ”. It was 20 years ago. But now Russia is giving the US and NATO know that it can squeeze them, at least from the Black Sea, which it considers to be its lake.

By similar actions, the Kremlin continues to study the reaction of NATO and above all the United States to restrictions on freedom of navigation. After all, the act of aggression against the Ukrainian vessels group in the Black Sea near the Kerch Strait on November 25, 2018 did not lead to any serious consequences for Russia.

Moreover, it is already the second month that Russia has been ignoring the decision of the UN International Tribunal for the Law of the Sea to return the Ukrainian seamen and ships to Ukraine. Therefore, the Kremlin believes that it is possible and necessary to move further. According to Putin's logic, as the minimum they will be able “to show Kuzma mother”[1] to the United States and NATO, and as the maximum - to finally "recruit" Turkey and Bulgaria, NATO member states, to the group of Russian allies in the Black Sea.

Now, let's make a projection on the Baltic Sea, where there is already Nord Stream 1 built and the second line is under construction. Poland wants to make an alternative - Norwegian gas through the Baltic Pipe. In the Baltic Sea, Russia will act according to the same pattern as it acts now in the Black Sea - under the pretext of protection of strategically important for Russia and Germany four gas pipelines. Putin's gas and money flows have already neutralized Germany as a NATO member state. What will happen later when the Nord Stream 2 is completed is easy to imagine.

[1] is a part of the Russian idiomatic expression "to show Kuzka's mother to someone" (Russian: Показать кузькину мать (кому-либо)), an expression of an unspecified threat or punishment, such as "to teach someone a lesson" or "to punish someone in a brutal way". It entered the history of the foreign relations of the Soviet Union as part of the image of Nikita Khrushchev, along with the shoe-banging incident and the phrase "We will bury you".